Just added to your cart

FiberwerX Racing Caps Off 2018 With Another Win

FiberwerX Racing Caps Off 2018 With Another Win 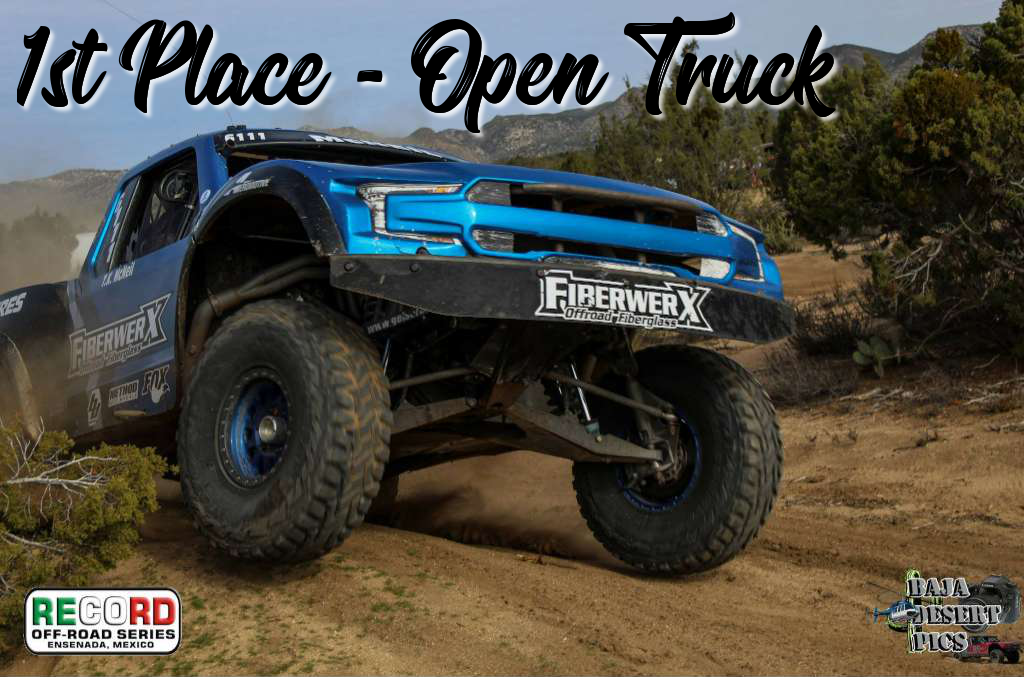 December 20, 2018 (El Cajon, California) — Coming off a win in Laughlin, spirits were high as the FiberwerX crew began their week last Monday morning.  A quick visit to Race-Dezert.com revealed close to 300 entries for the upcoming RECORD race only 6 days away.  The FiberwerX Racing, Geiser Bros built 6100 was in prime condition following the short 120 miles race in Laughlin, and was ready to punish the desert in consecutive weekends. 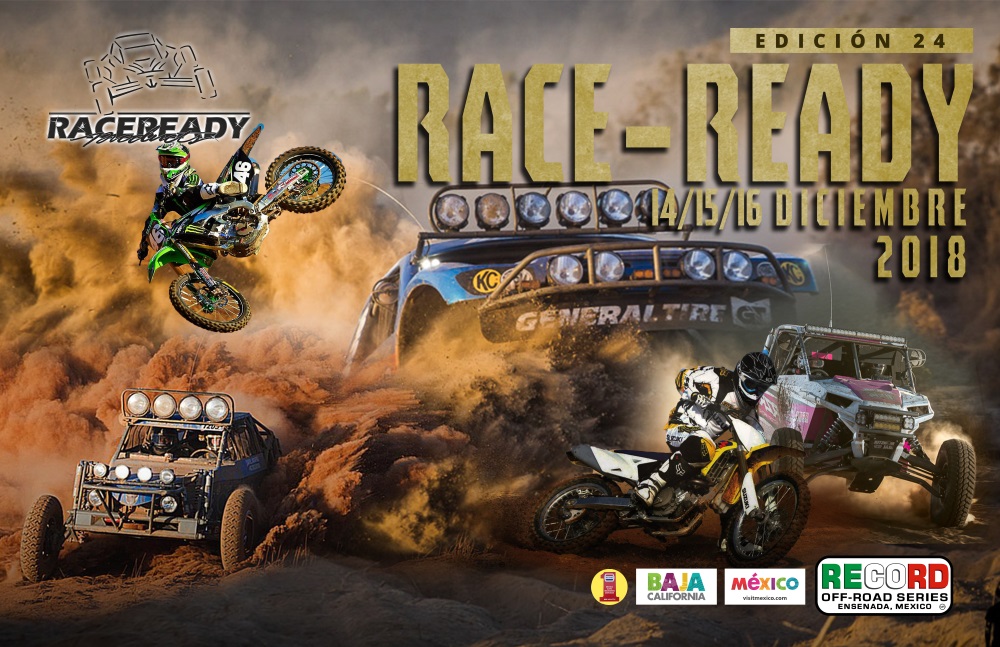 The Race Ready, Ensenada to San Felipe race is an annual event held by Baja based, RECORD OffRoad.  The course follows a familiar route commonly seen in races such as the Baja 500 and 1000.  Driver Jason McNeil, has over 20 years of experience racing on these Baja back roads and was able to tackle the race without any prerunning. 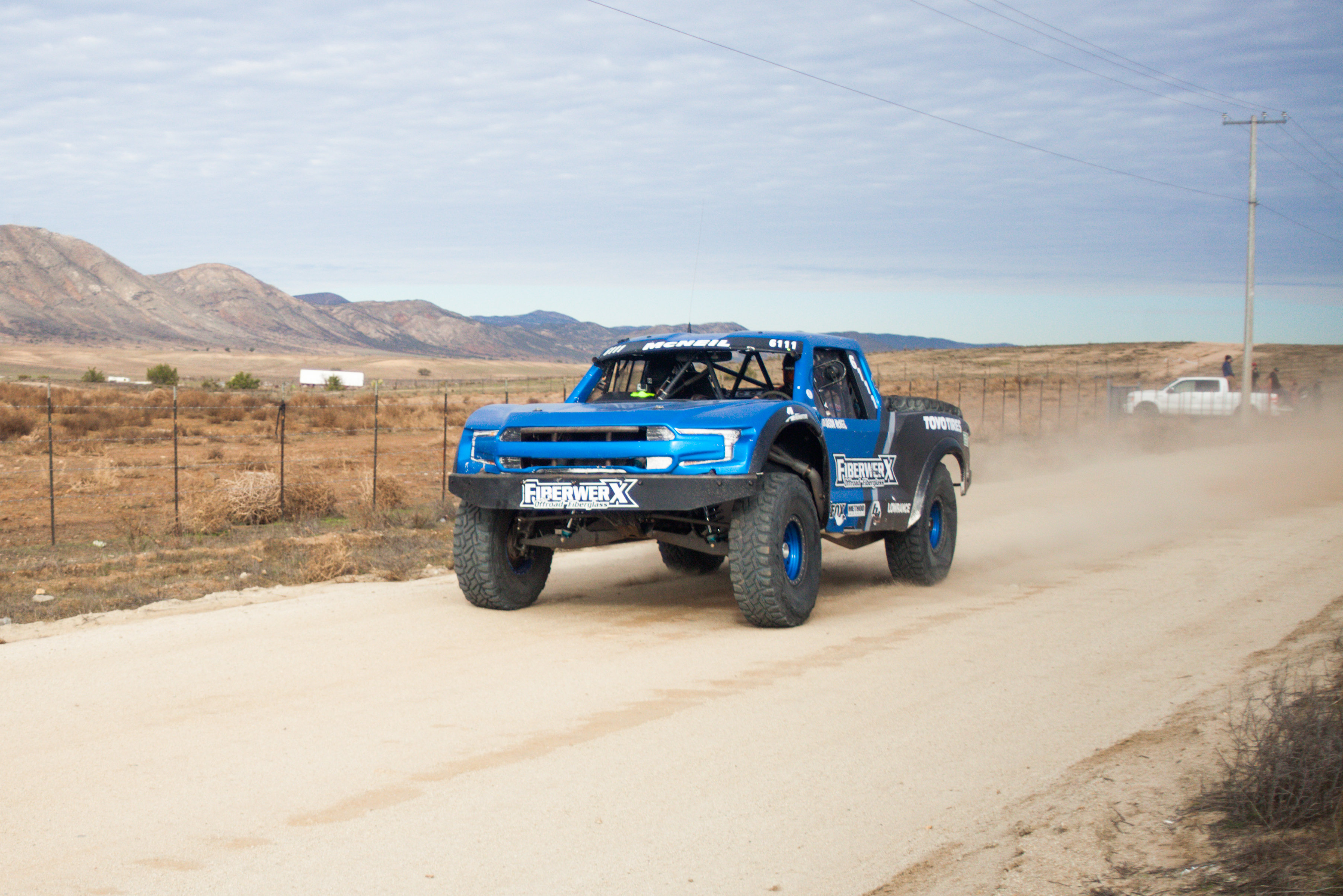 The race began just outside of Ensenada in the town of Ojos Nergos.  Jason drew the pole position and was first off the line in a field of 9 open class trucks.  The team’s first position was at a road crossing at mile 45.  Jason came through 9 minutes ahead of the second place vehicle.  The team then leap frogged Jason and shot ahead to race mile 90 for a splash of fuel and a co driver change. 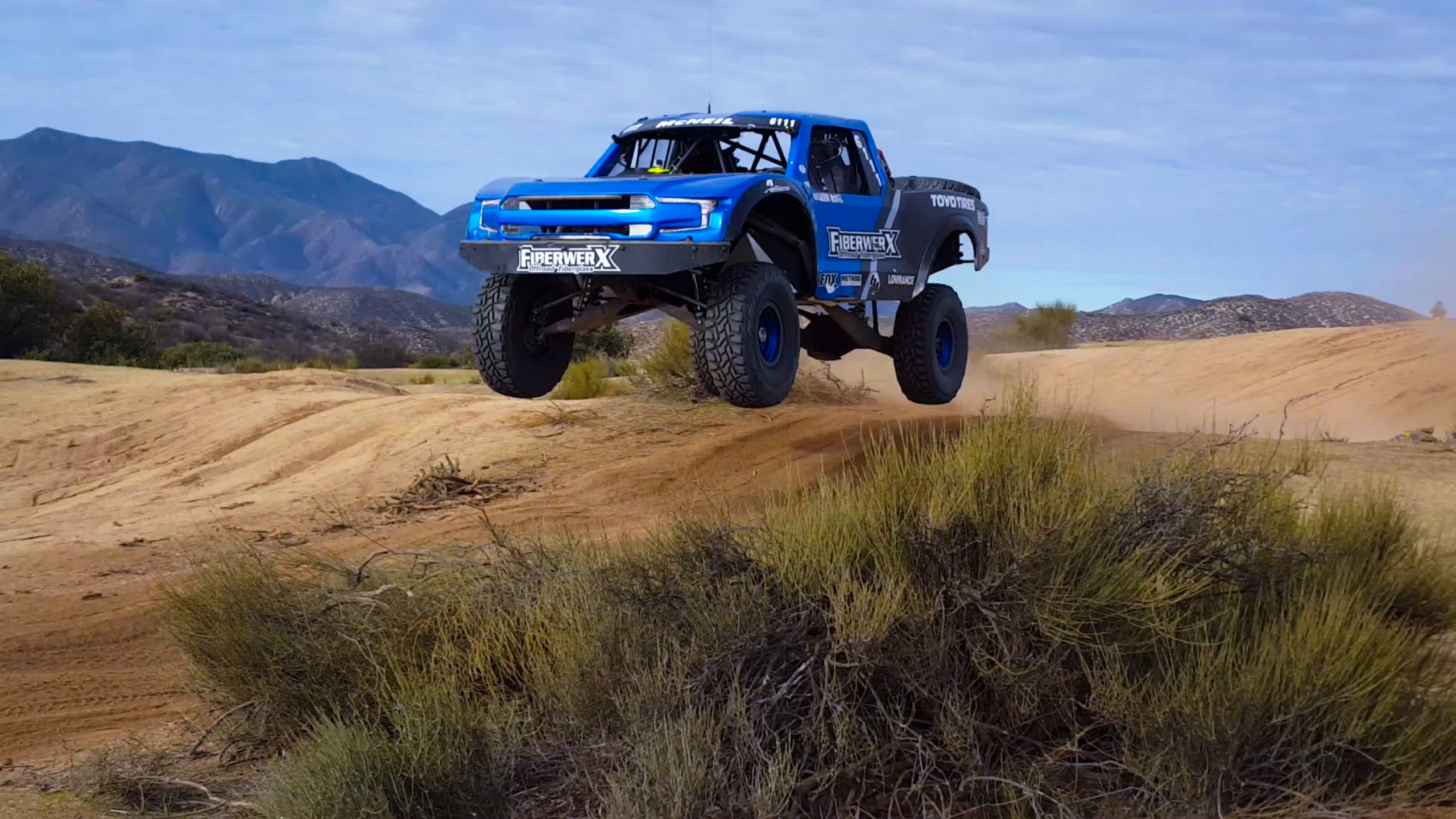 At approximately race mile 83 right before the infamous goat trail, the Toyo Tires equipped truck encountered its first flat in 4 races and over 1300 race miles.  The Toyos have proven to be extremely reliable, but the Baja terrain finally got one.  Jason and his co driver/brother, TK McNeil made short work of the tire change via the truck’s on board air system, and Bunderson race jack.  No vehicles passed the truck during this tire change. 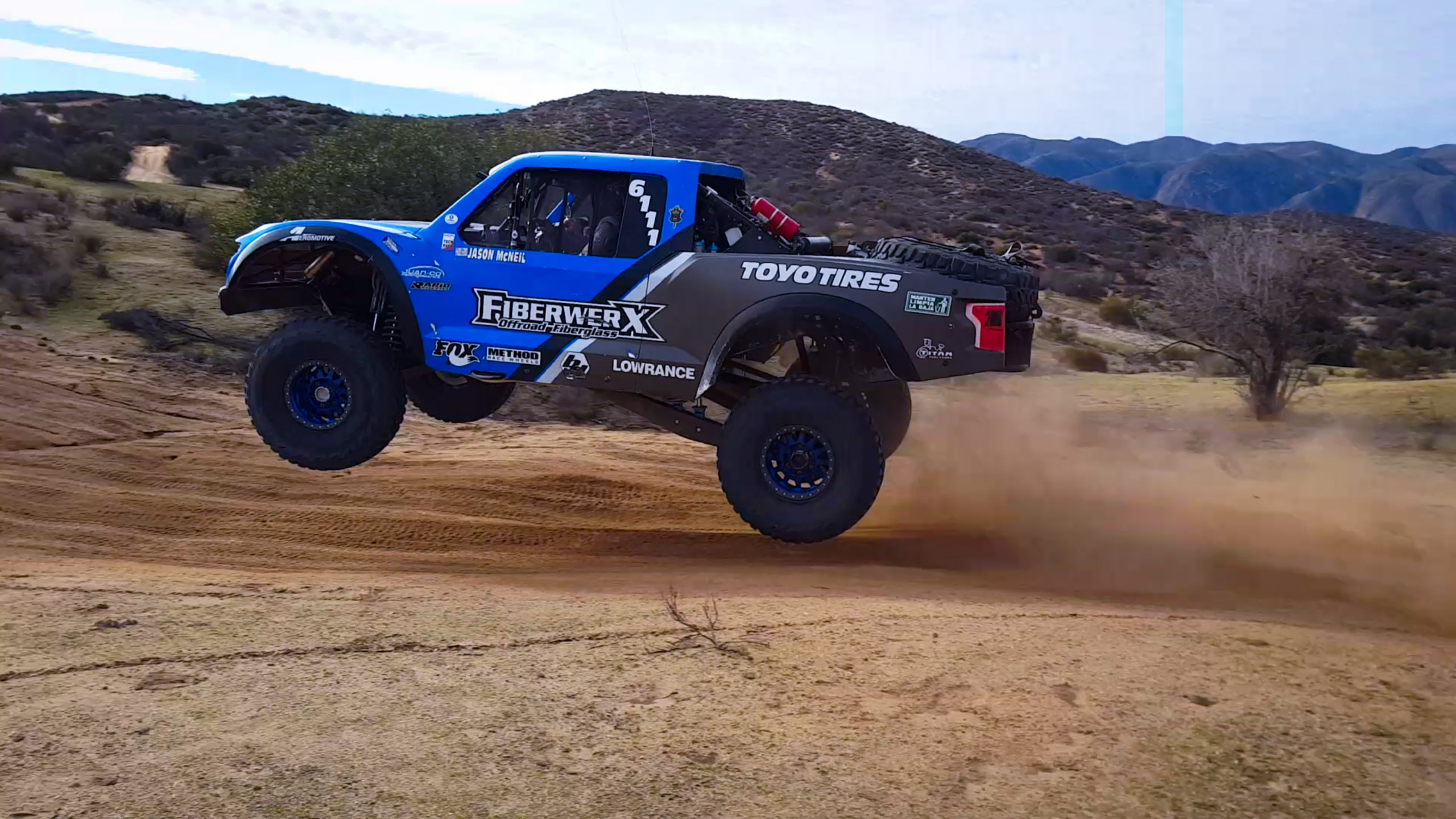 Valle De Trinidad was situated at race mile 90 and served as the first planned pit stop for the FiberwerX team.  A quick splash of fuel and a co driver change were executed before the truck continued on for the remaining 100 miles.  Crew Chief JuanCo, stayed behind to confirm timing splits as the competition came through.  To the teams surprise, and eventual down fall, the next vehicle was over 22 minutes behind! 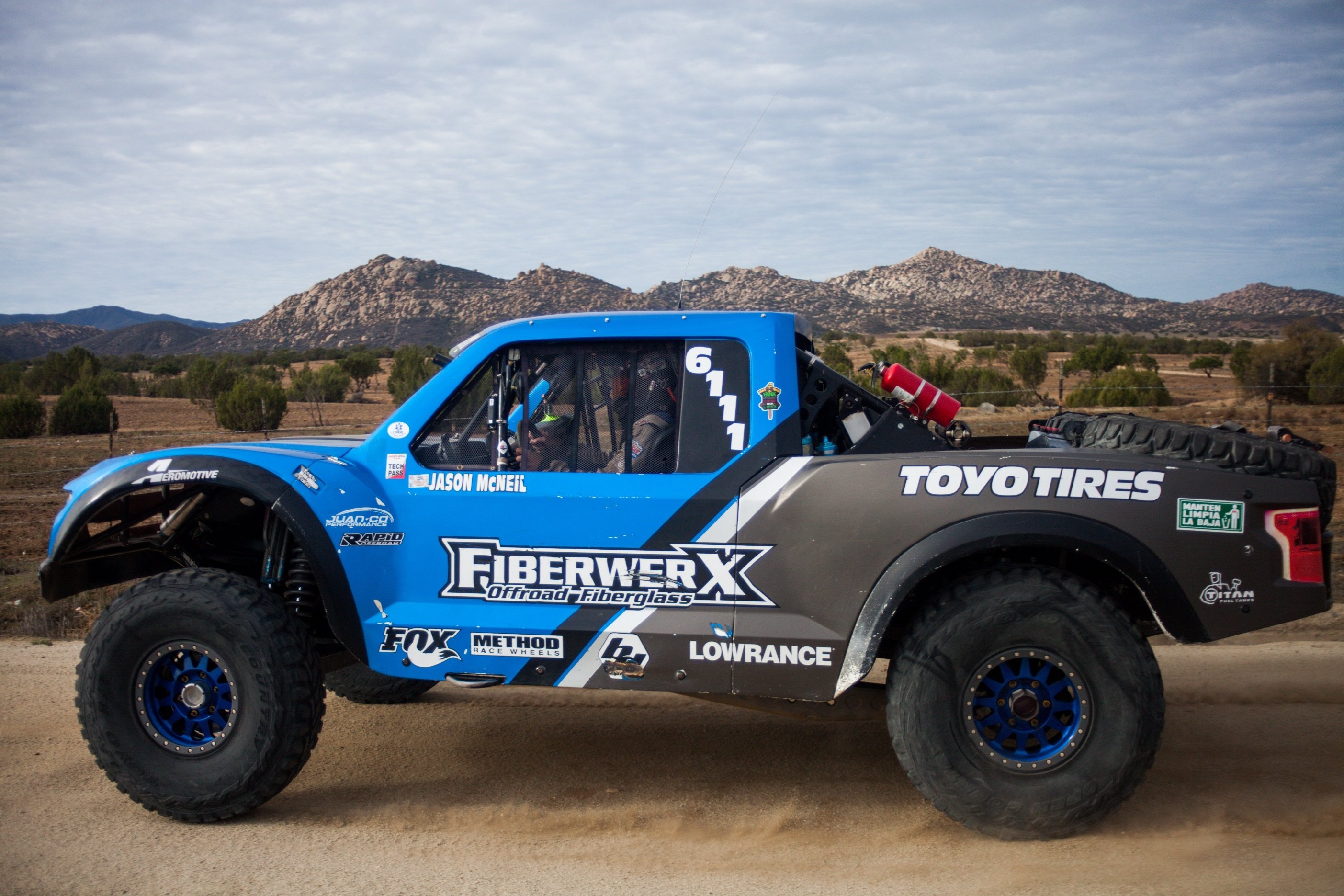 With the Sea of Cortez in his sights, Jason continued to push the truck for the overall win.  At race mile 135 a strange noise and vibration began.  The first thought was the rear end was on its way out, but as the truck slowed, it began to sway unpredictably.  Jason and co driver exited the vehicle to find a sheared upper link bolt at the housing attachment point.  The rear end had shifted over pushing the drivers rear tire into a sheet metal panel.  Co Driver TK McNeil called into their main chase vehicle, which at this point had barely seen the second place vehicle come through the previous pit.  At this point, help was more than 20 minute away.  Jason and TK worked on the vehicle at a feverish pace while the chase truck sped towards them.  By the time help arrived, Jason and TK had the truck straightened out, 2 new Toyo Tires installed, and were ready for the $12 bolt to continue on for a finish. 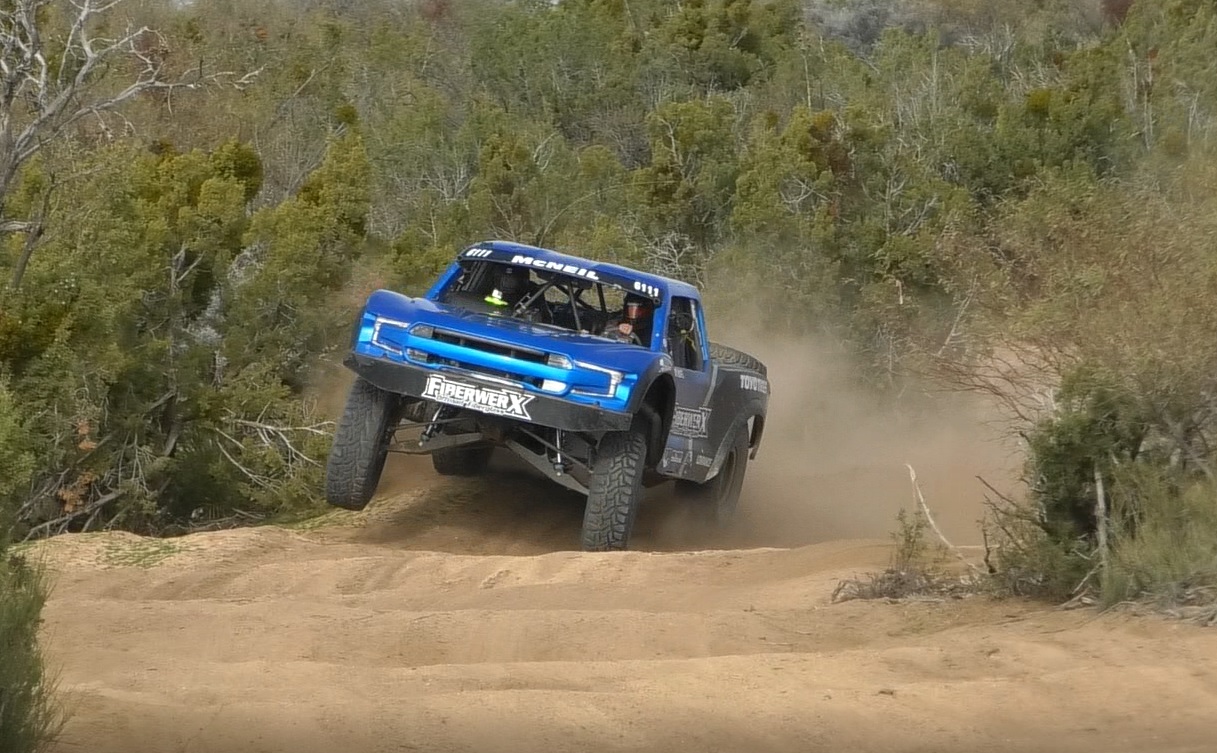 When the checkered flag dropped FiberwerX Racing came in for a 1st place finish in the open truck class.  The down time with the sheared bolt allowed an extremely fast class 10 to sneak past for the overall win.  With minimal prep and seat time, FiberwerX is extremely pleased with the new truck and the 2019 season looks extremely promising. 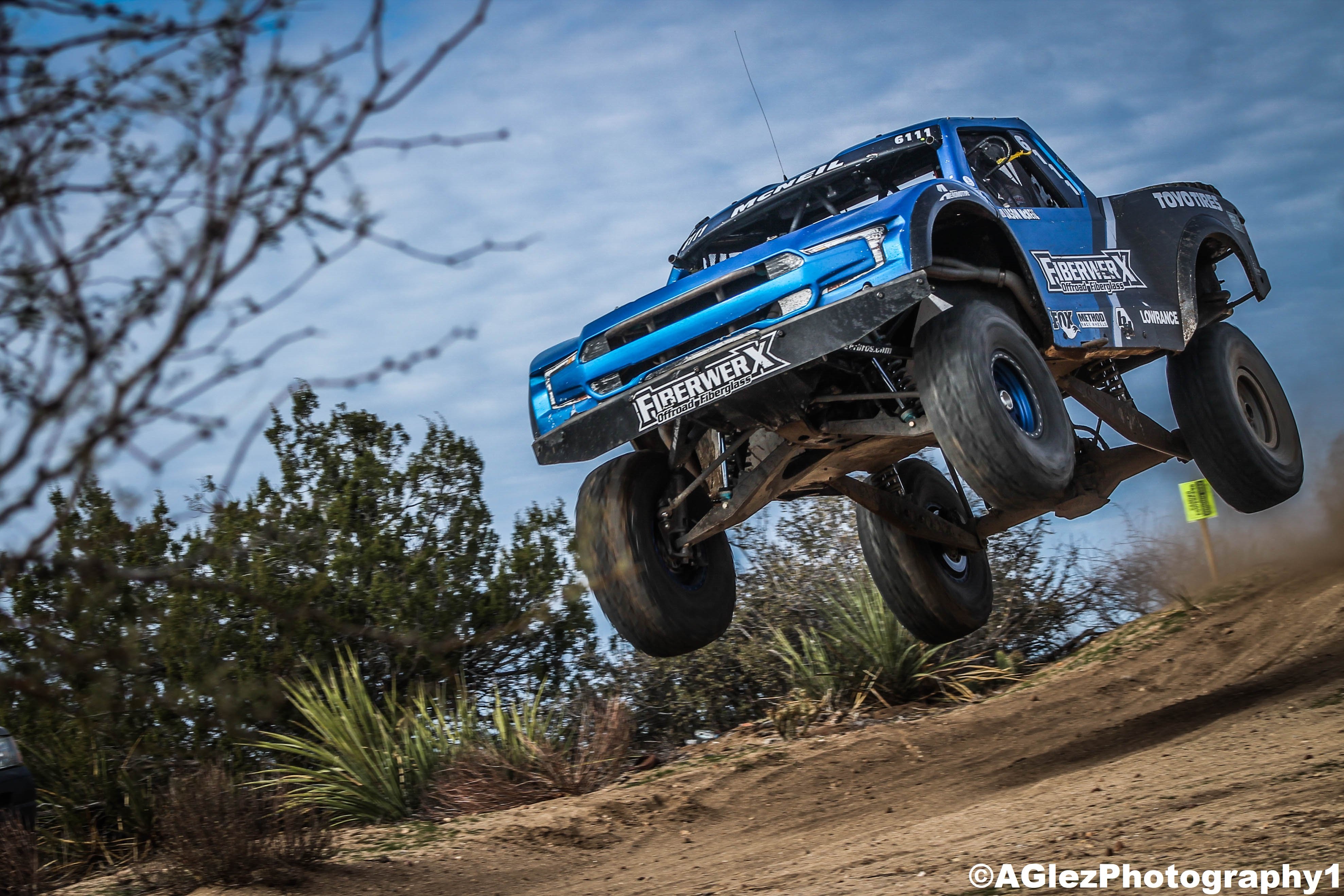 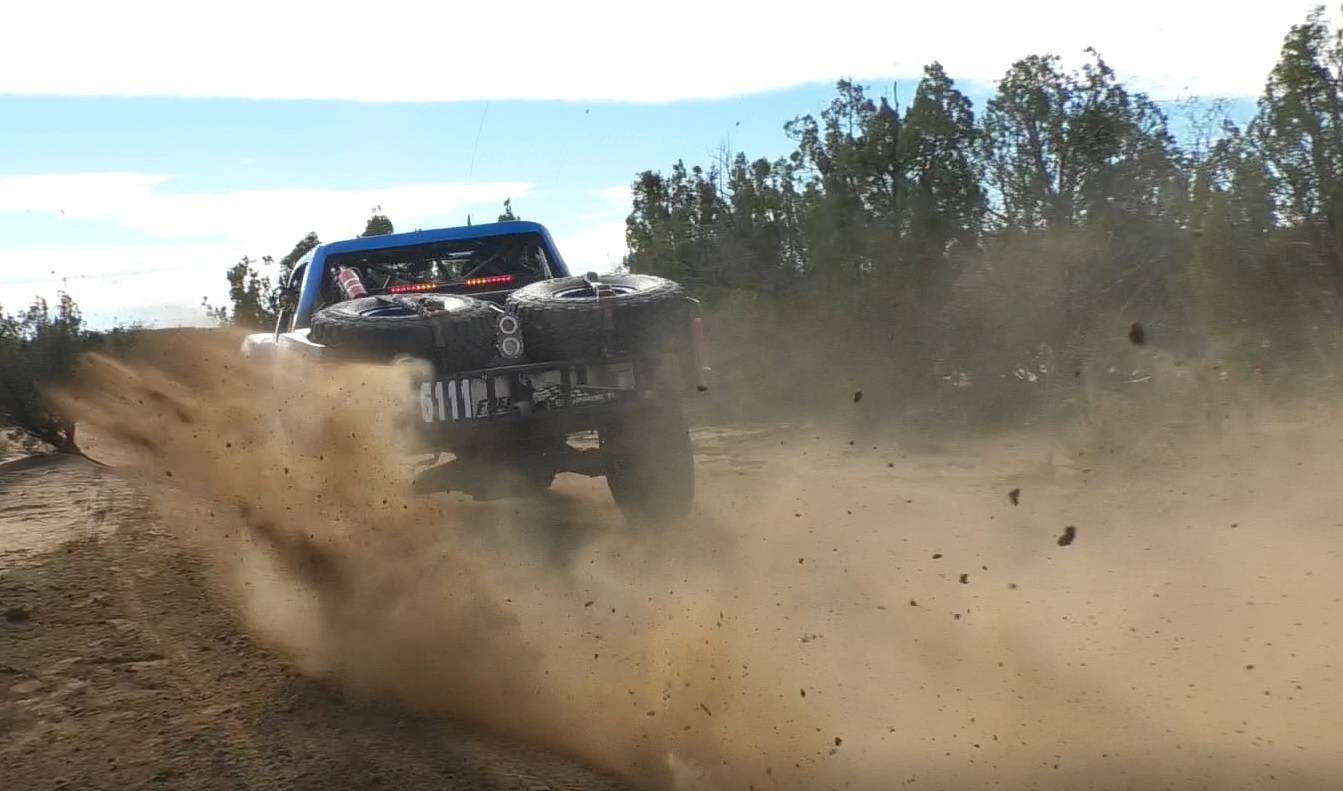 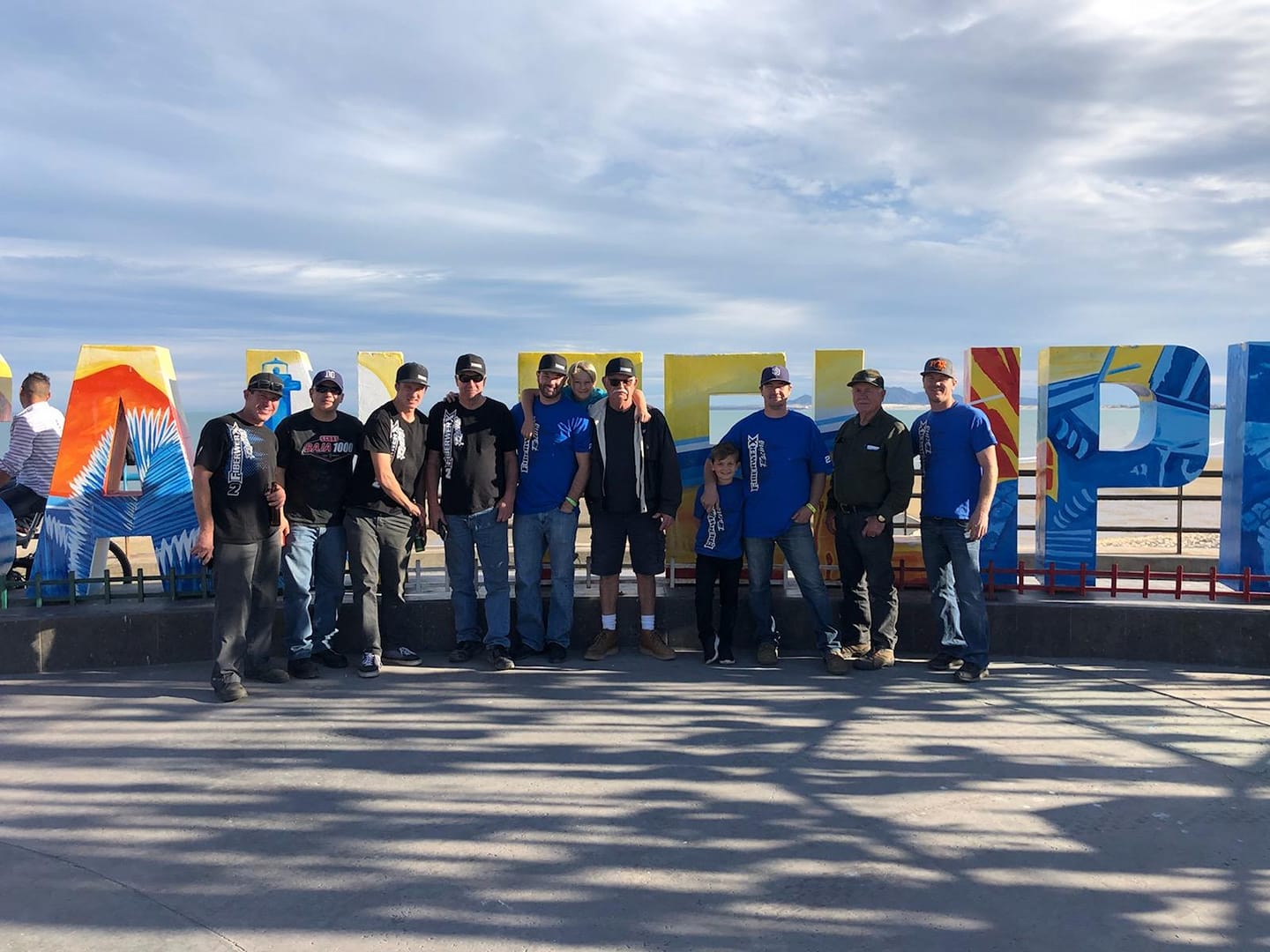