Just added to your cart

FiberwerX Racing Finishes 1st at SNORE’s Rage At The River 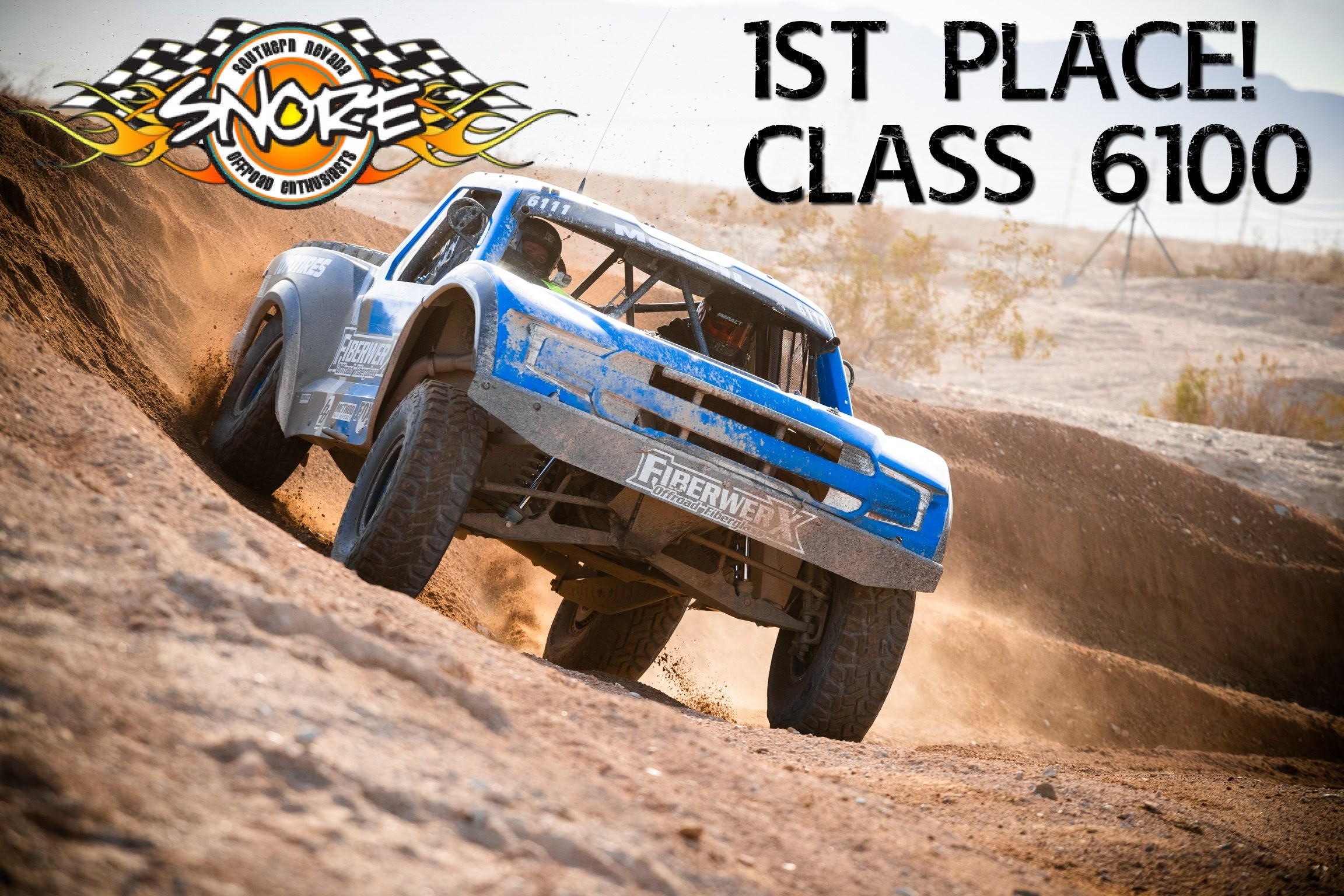 December 14, 2018 (El Cajon, California) — The all new FiberwerX Racing 6100 truck was fresh off a podium finish at the Baja 1000 coming into SNORE’s Rage At The River.  With very few test miles, the Baja 1000 literally served as testing grounds for the new truck built by Geiser Bros.  By the time the Baja dust cleared, the craftsmanship that Geiser puts into their vehicles became very apparent. 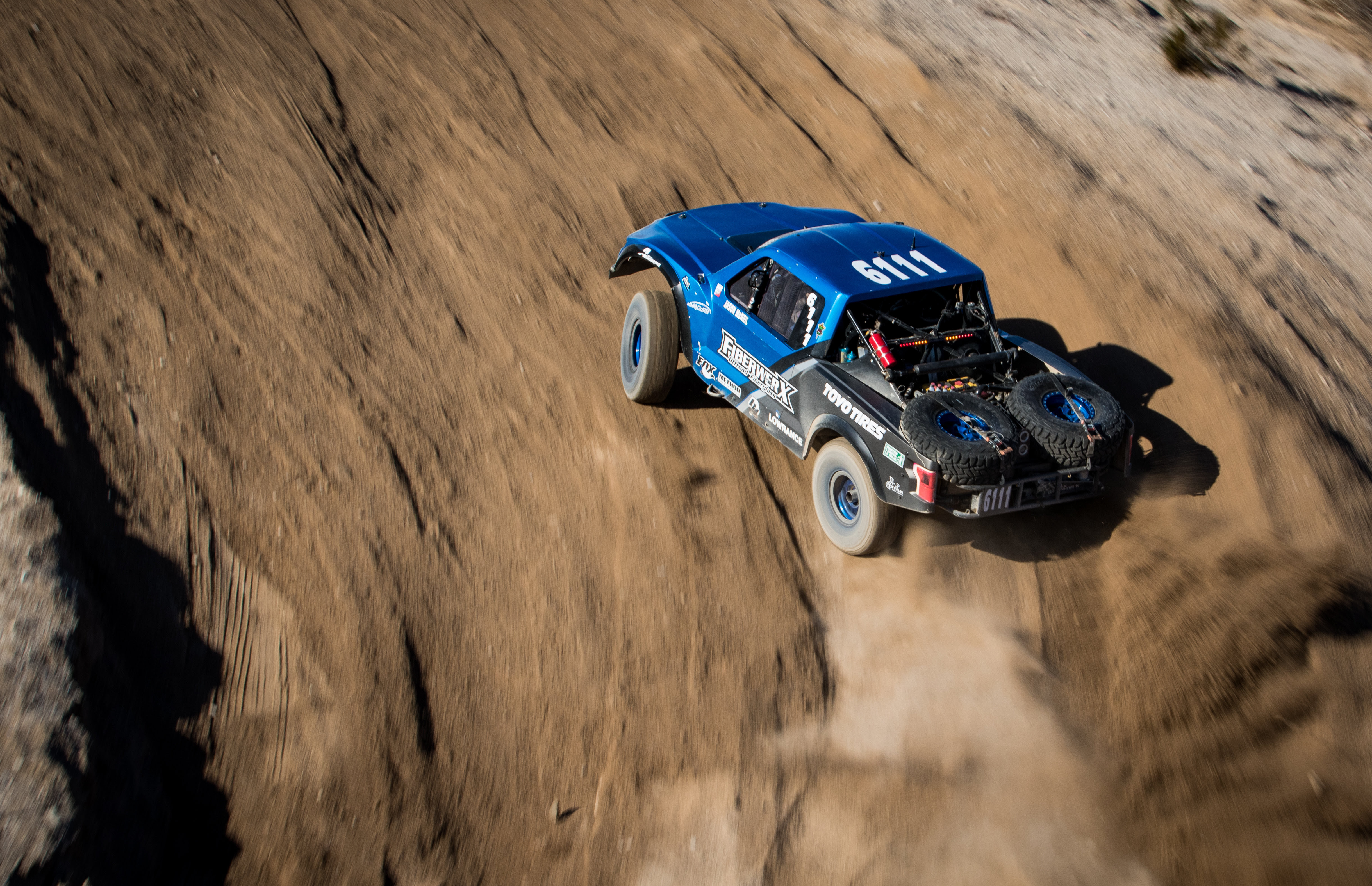 SNORE’s annual Rage At The River has been a mainstay in the desert racing community for many years, and although FiberwerX was aware, the race was not originally on the calendar.  The truck held up extremely well in Baja, so FiberwerX made a call to JuanCo performance to evaluate the level of prep required in the short 3 week time window between races.  The green light was given and preparations began immediately. 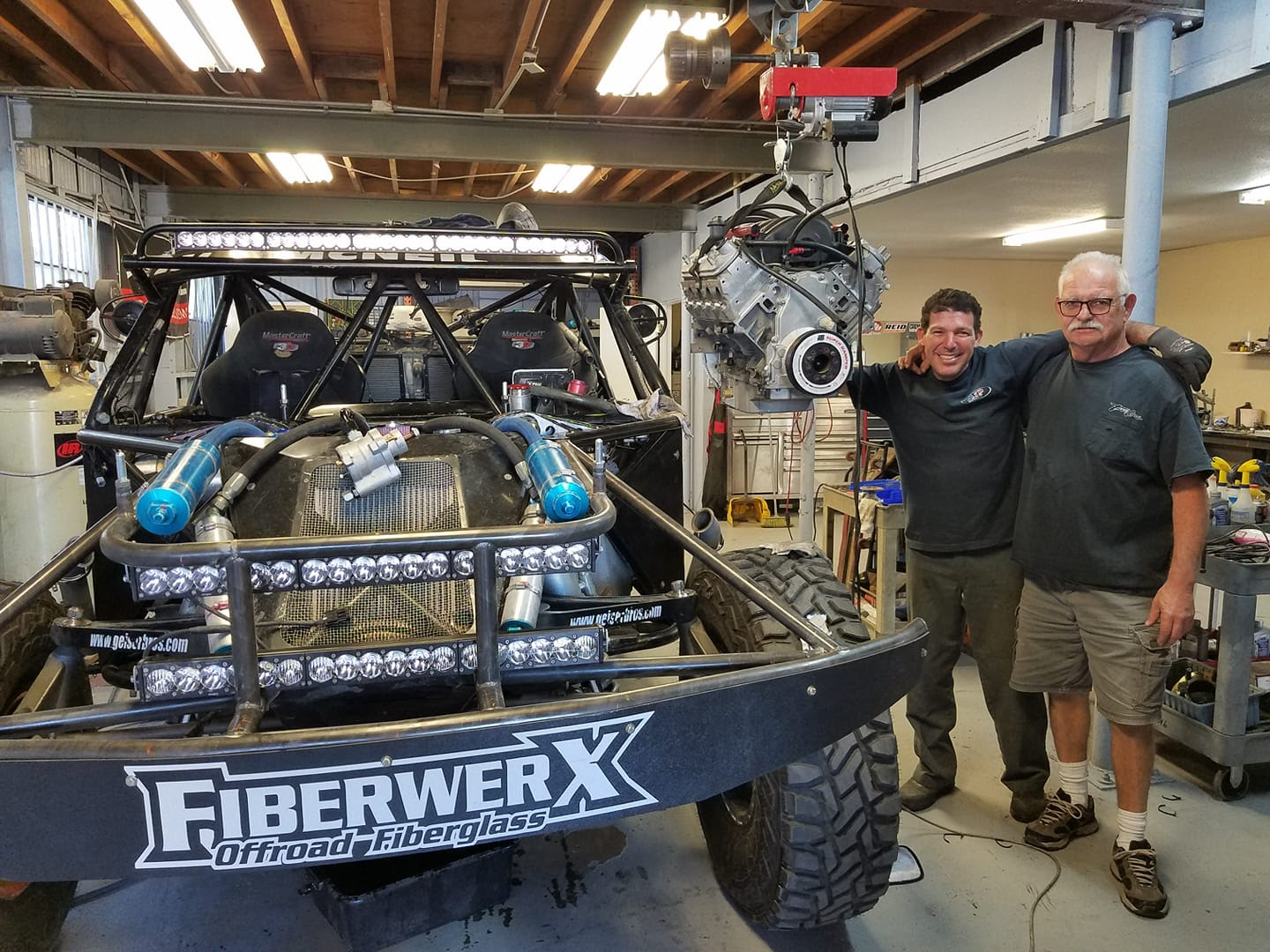 The event brought in nearly 400 racers to compete on a 12.5 mile track just minutes from the Laughlin strip.  The extremely competitive class 6100 drew 13 entries heading into race, which enabled the drivers to determine their starting order via a 3 mile qualifying course.  Driver Jason McNeil has a diverse background in racing which includes many laps around shorter courses where every second counts.  The experience paid off and Jason put the truck on the poll edging out the closest competitor by 9 seconds! 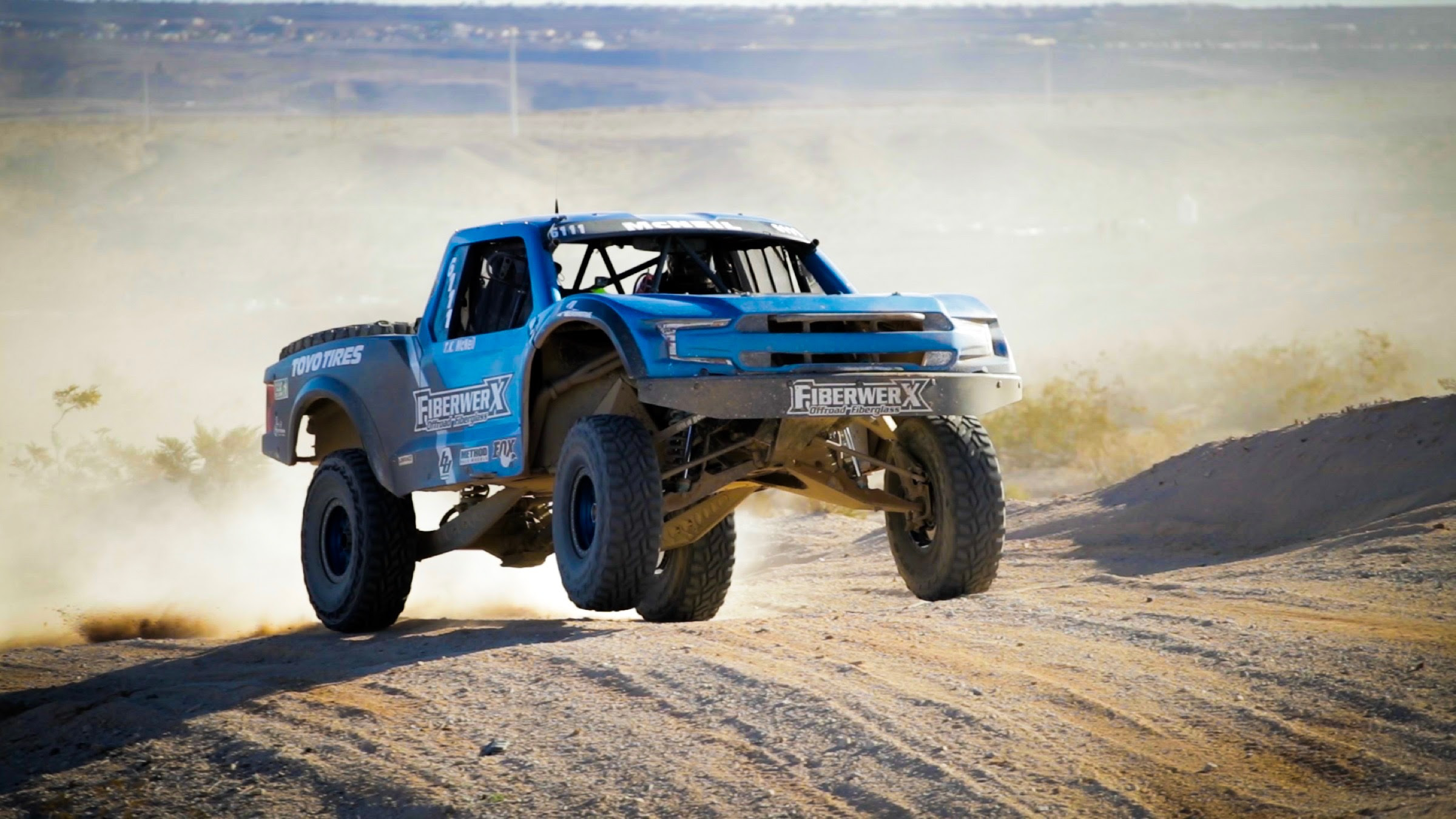 SNORE’s multi day, accumulated time, race format consisted of multiple heats mixing the 6100 trucks with Trophy Trucks and Class 1’s.  Qualifying results placed Jason 9th overall putting the FiberwerX team in an ideal starting position.  The Fox shocks and 40″ Toyo tires absorbed the punishing Nevada terrain in true competitive fashion.  Due to the mixing of vehicle classes, Jason spent most of the race dicing it up with the #152 class 1 car driven by Joe David.  Perseverance was key as Jason ran very consistent lap times finishing in 1st place on day one with a time of 58:22, approximately 3 minutes ahead of the closest competitor (and Baja rival) Bryce Swaim. 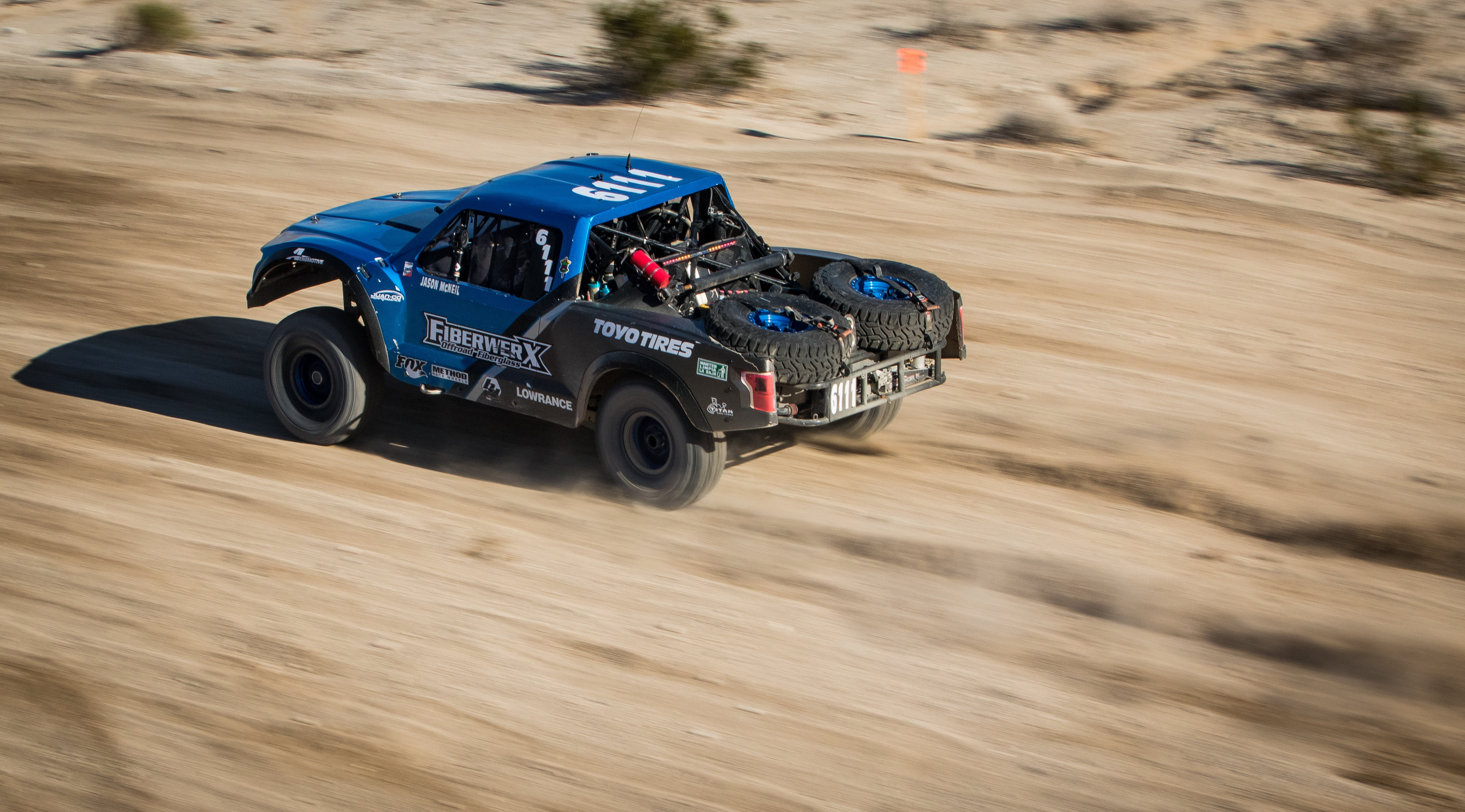 Day two began with a lot of chatter in the pit before the start of the race.  Strategies were blowing as strong as the Nevada desert wind.  Push hard and put distance on Swaim, or take it easy and keep him in the mirrors. Jason, humble in his approach considered all variables as the green flag dropped.  Jason took off 15 seconds ahead of Swaim, and as they approached the main pit near the end of the first lap, Jason had maintained the 15 second gap.  As the race progressed, Jason felt comfortable with his vehicle and ability to keep the competition in his dust.  Swaim began to close the gap a bit as Jason moved into “conserve” mode, and by lap 5, Jason was physically leading by only a few seconds. 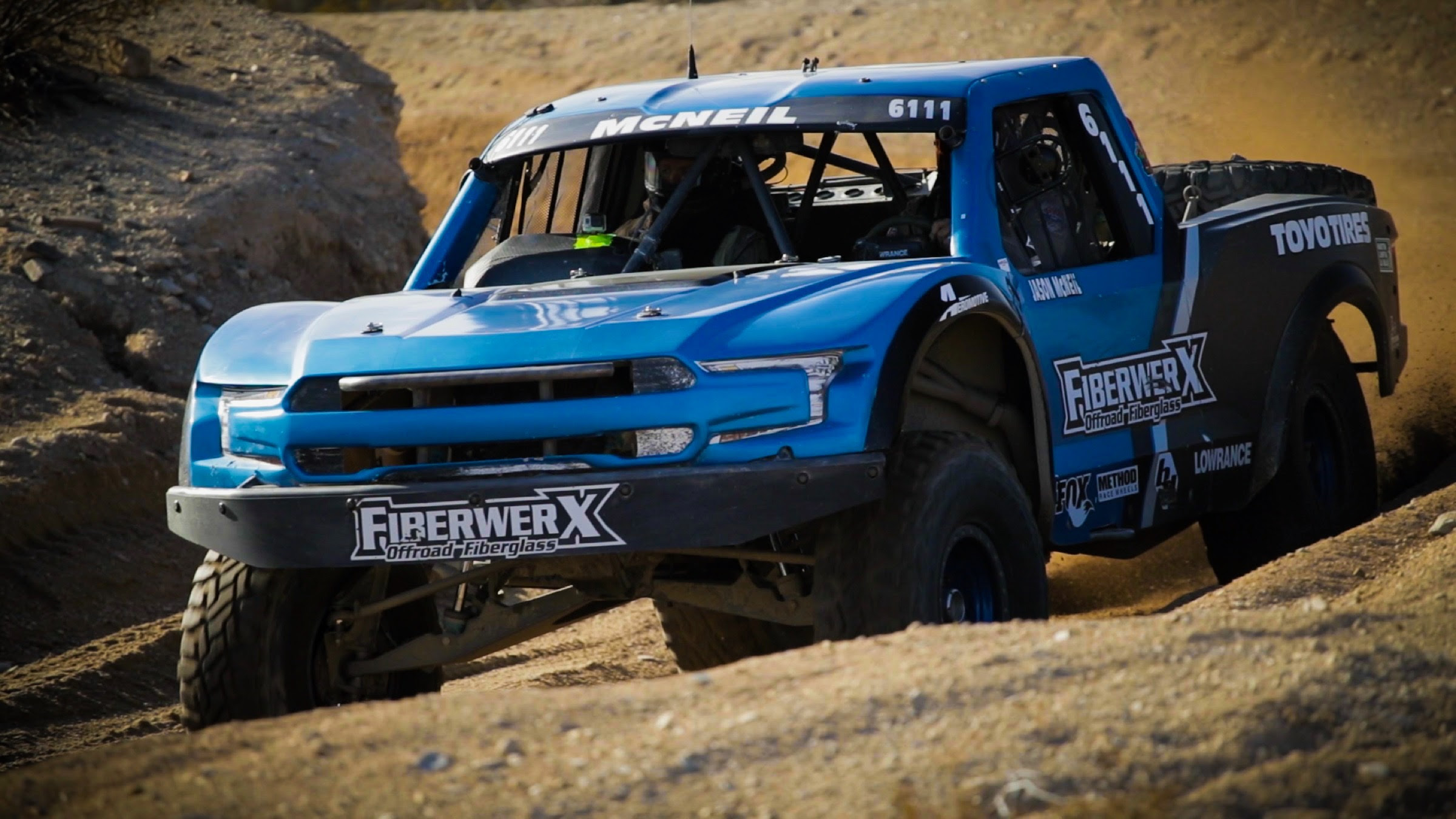 Jason crossed the finish line on day two achieving his most critical goal of keeping the competition in the rear view mirror.  The elapsed time of 58:52 was good for second place, but more importantly, the two day combined time of 157:14 was enough to put FiberwerX first in class and 3rd overall for the weekend. 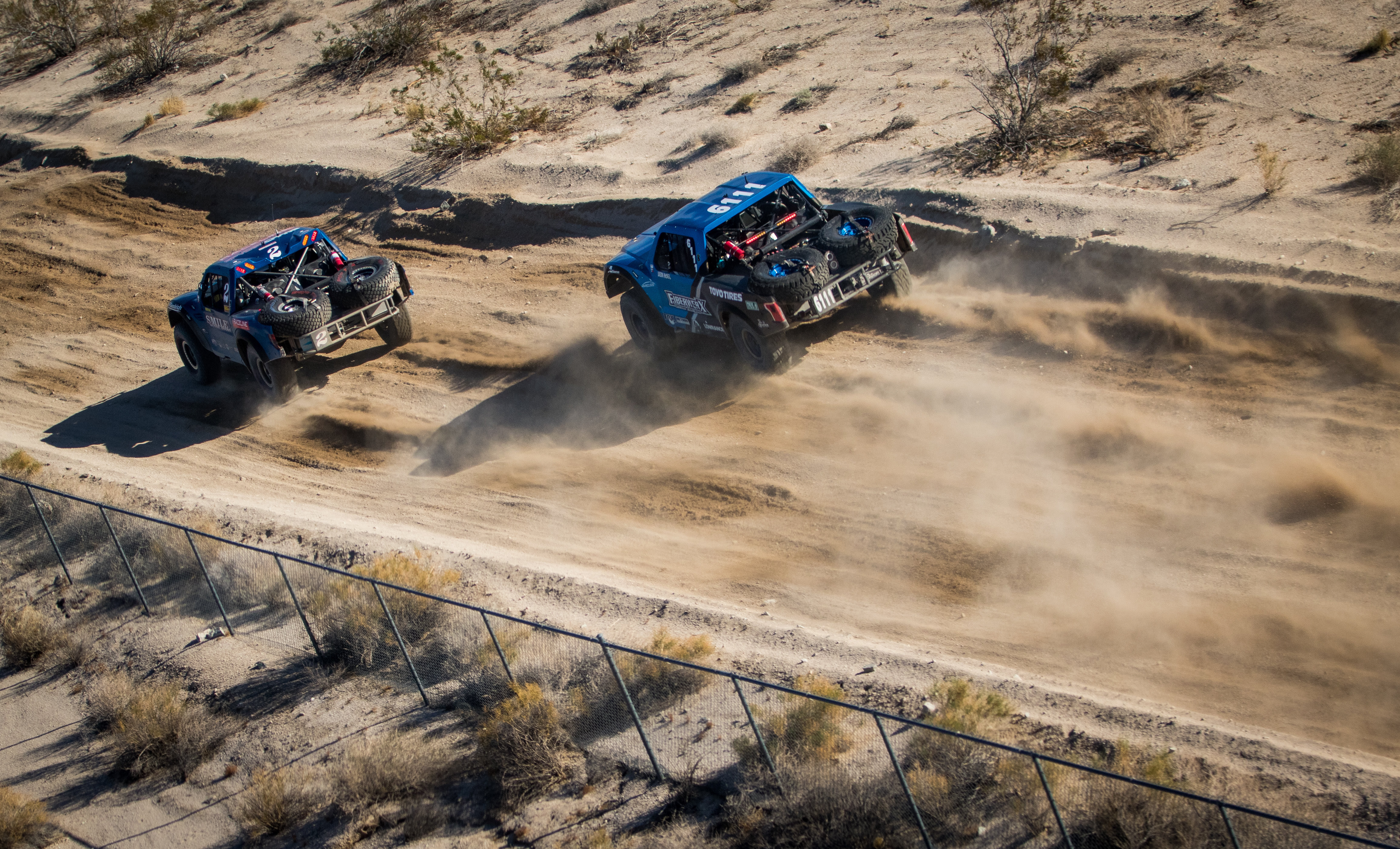 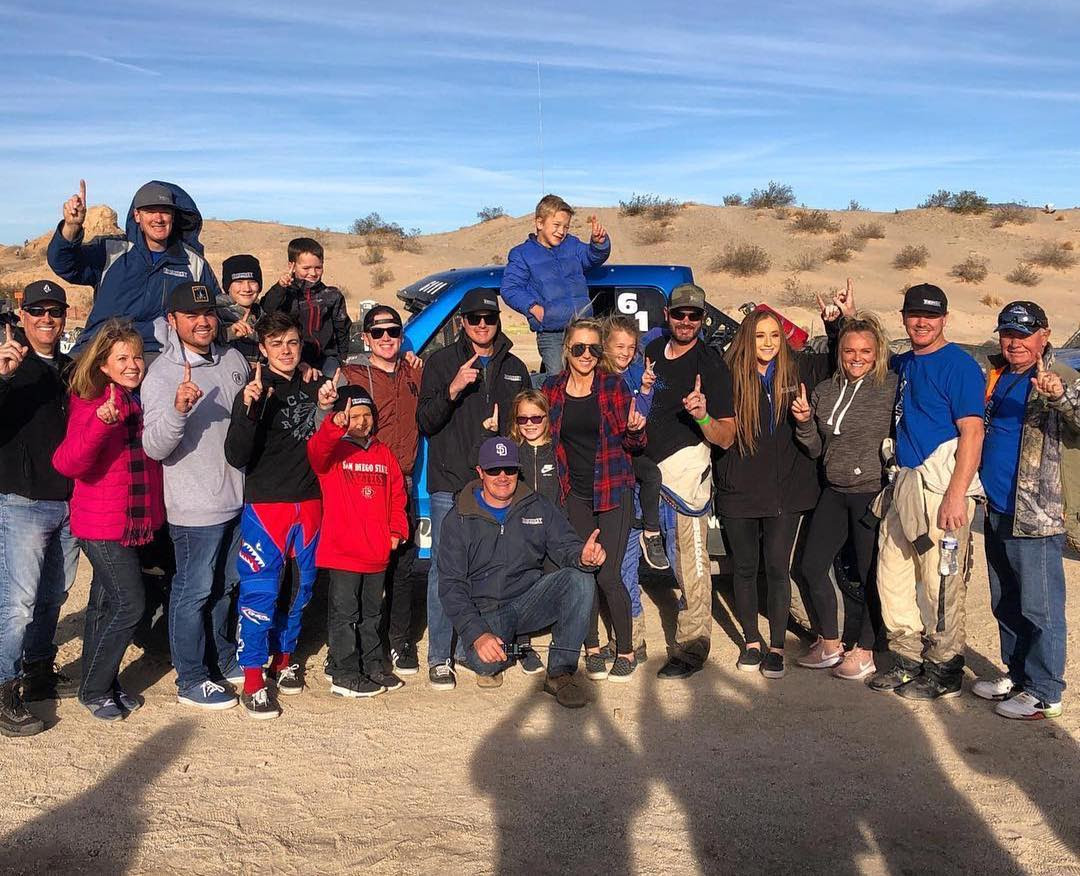 FiberwerX Racing is made possible due to the enormous support provided by our team and sponsors.  FiberwerX would like to thank Toyo Tires, Fox, Baja Designs, Method Race Wheels, Titan Fuel Tanks, JuanCo Performance, Powder 1, and the Southern Nevada Off Road Racing Enthusiasts.
Photography by CVH Productions & Blackhat Studios 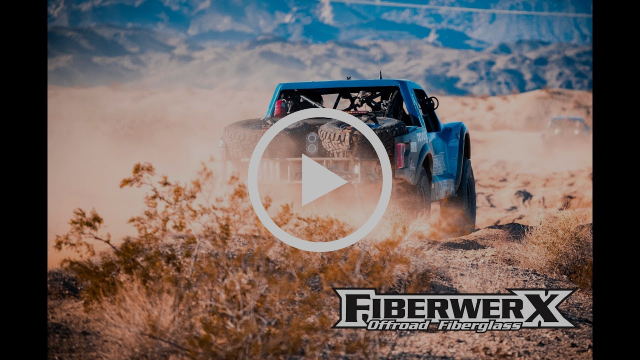